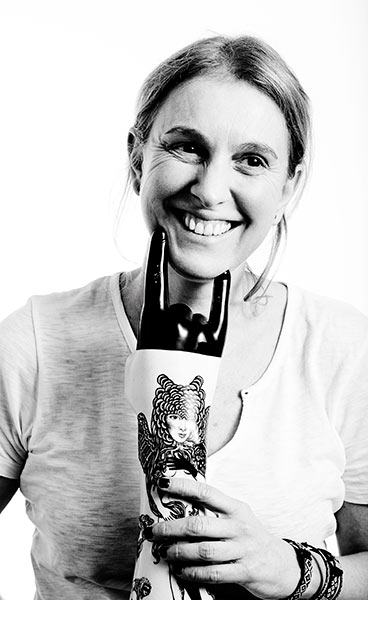 “When I find an image, I forget its context and put it in my universe.”- Evelyn Tannus
The Brazilian artist Evelyn Tannus is becoming a prominent figure within the Brazilian, as well as international art world with her innovative approach to ceramic work.
With her proprietary body of work and unmistakable visual identity, Evelyn chose ceramics as a pillar for her art. Playfully and figuratively, she draws her inspirations from memories and photographs to bring her work to life. She allows childhood to meet femininity, the truth to meet imagination, and creates relationships between tattoo art, illustration, and references from various ethnicities.
Evelyn Tannus has participated in many individual and collective trade shows in Brazil and abroad. In 2007, she was selected for an art exhibit at the salon of the Museum of Modern Art (MAM) in Salvador, Bahia in Brazil.
In her exhibition Tattoos and Ceramics – Two Millennial Arts – Evelyn Tannus consolidated the strength of her style, creating rock’n’roll hand gestures in ceramics and reproducing in her pieces the art of 13 of the country’s leading tattoo artists.
She was awarded at the DogArt exhibit at MuBE – Museu Brasileiro de Escultura.
One of her pieces featured in the cover of the book Art in Ceramics, which was published in Spain by Monsa, gave her international recognition.
In 2016, she was the Brazilian artist chosen by the Lexus brand to represent perfection in detail, with her pieces exhibited on the Lexus Art Tour.
Some of her pieces appeared in Milan design week of 2017 and 2019 as well as at Maison & Objet in Paris.
In 2018, she lived in Portugal for 3 months for an exchange program with Porcelana Vista Alegre. The Plate Calendar of 2021 from Vista Alegre is her work.
Evelyn Tannus opened her studio in 2005. 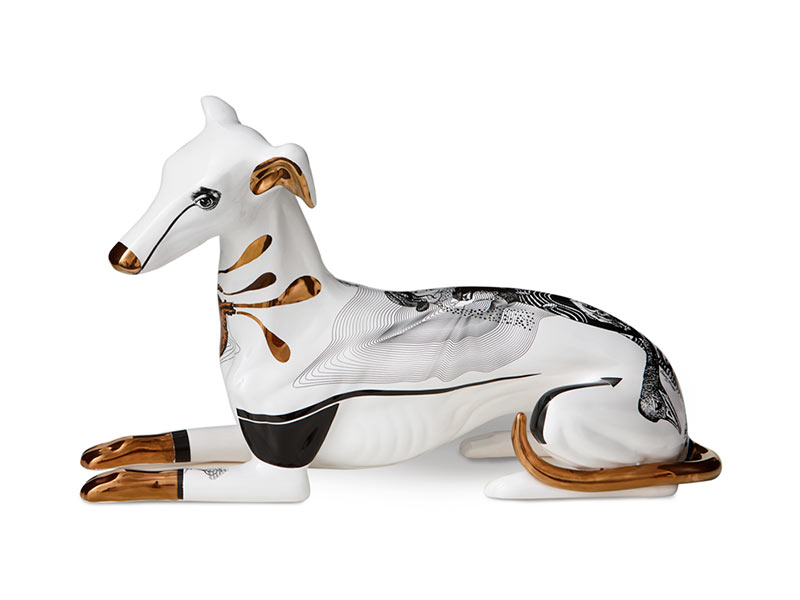 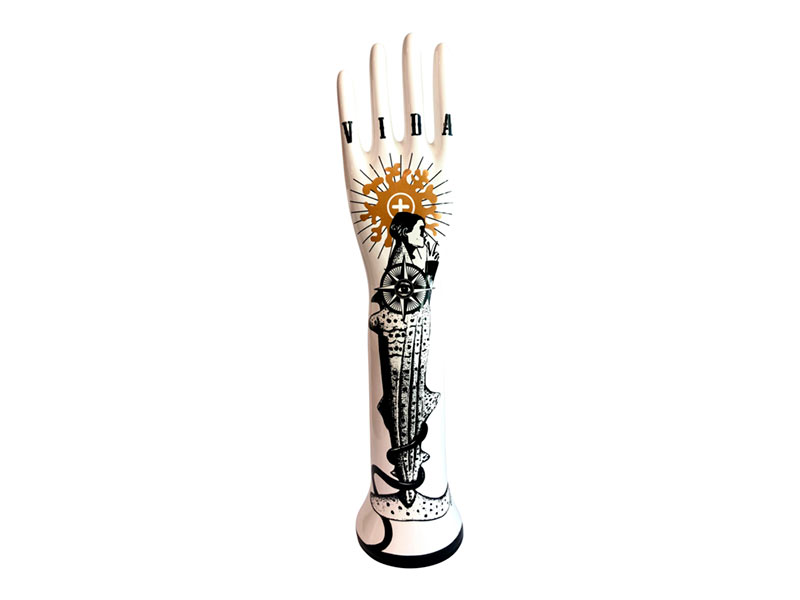 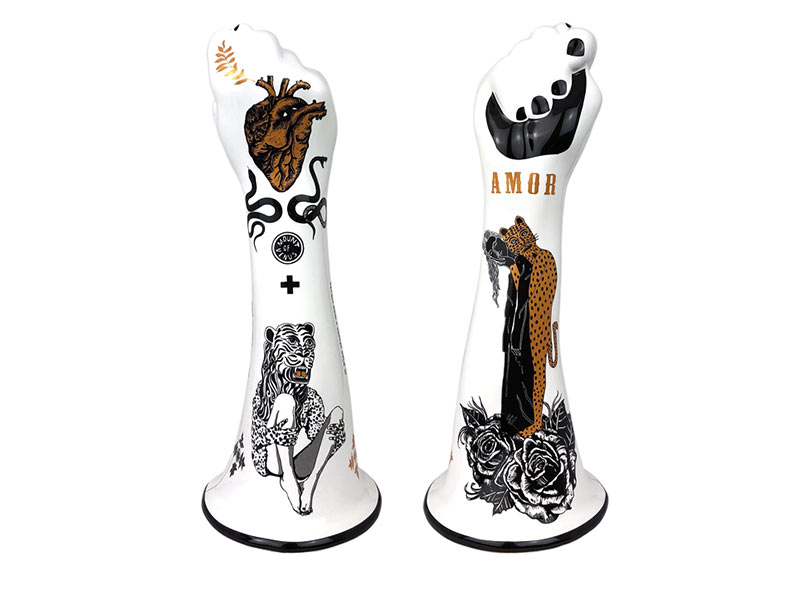 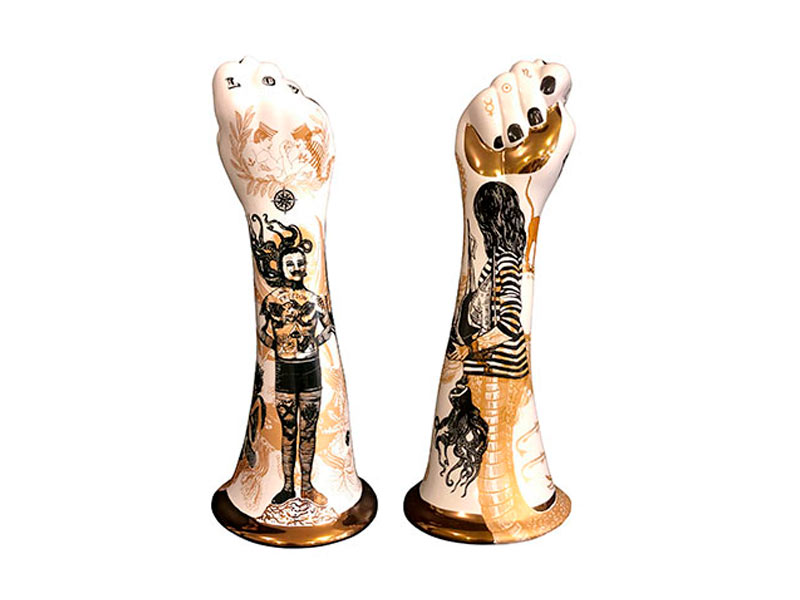 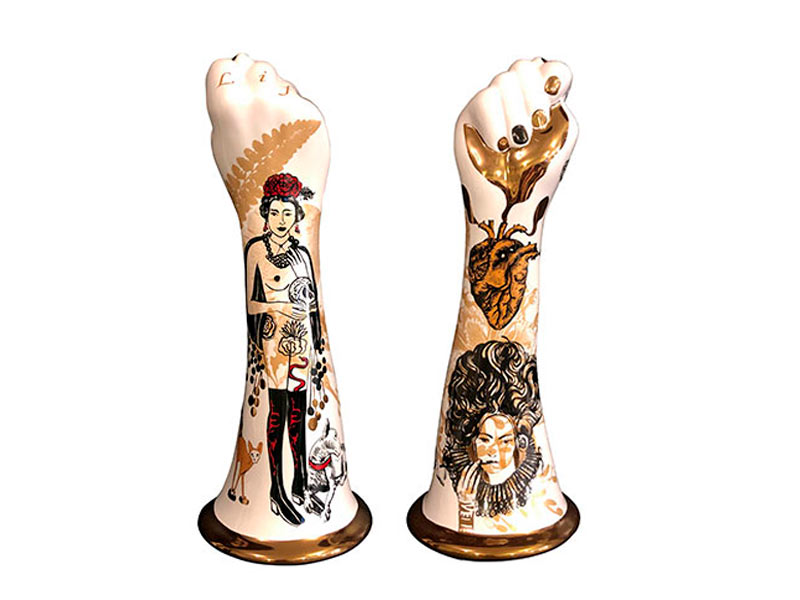 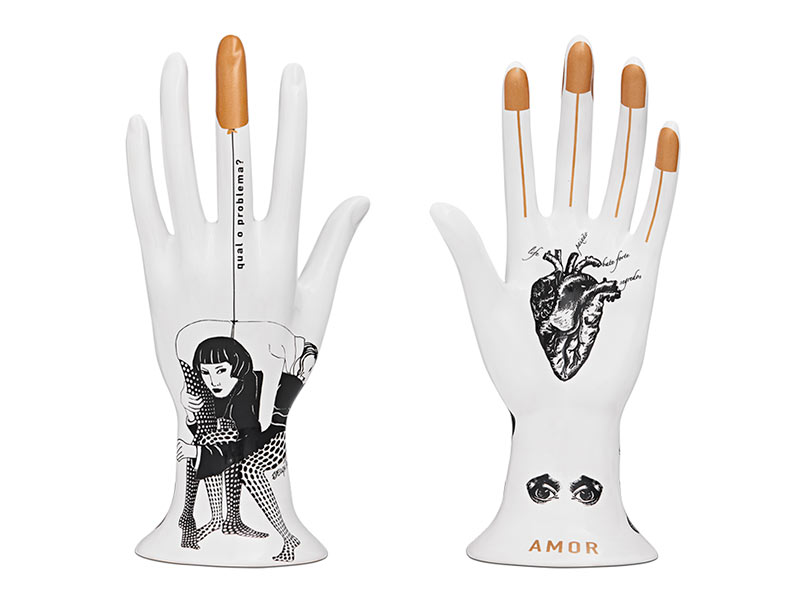 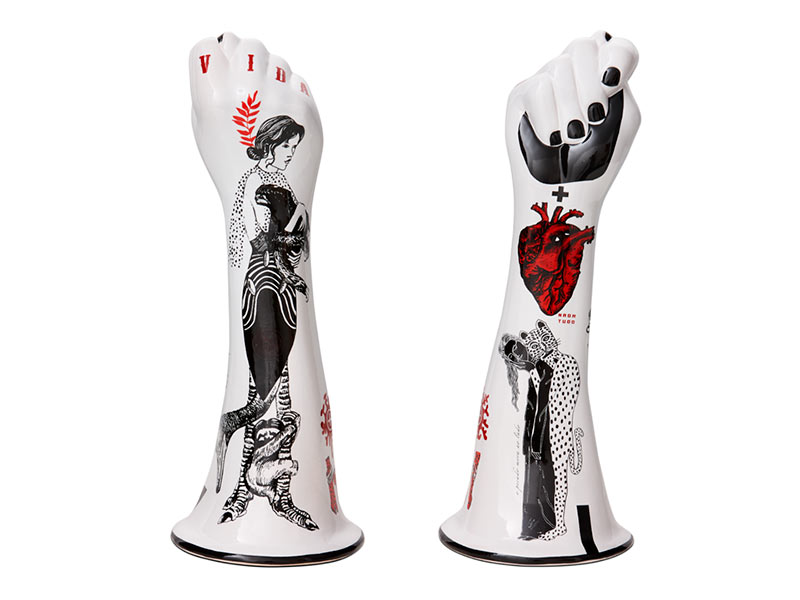